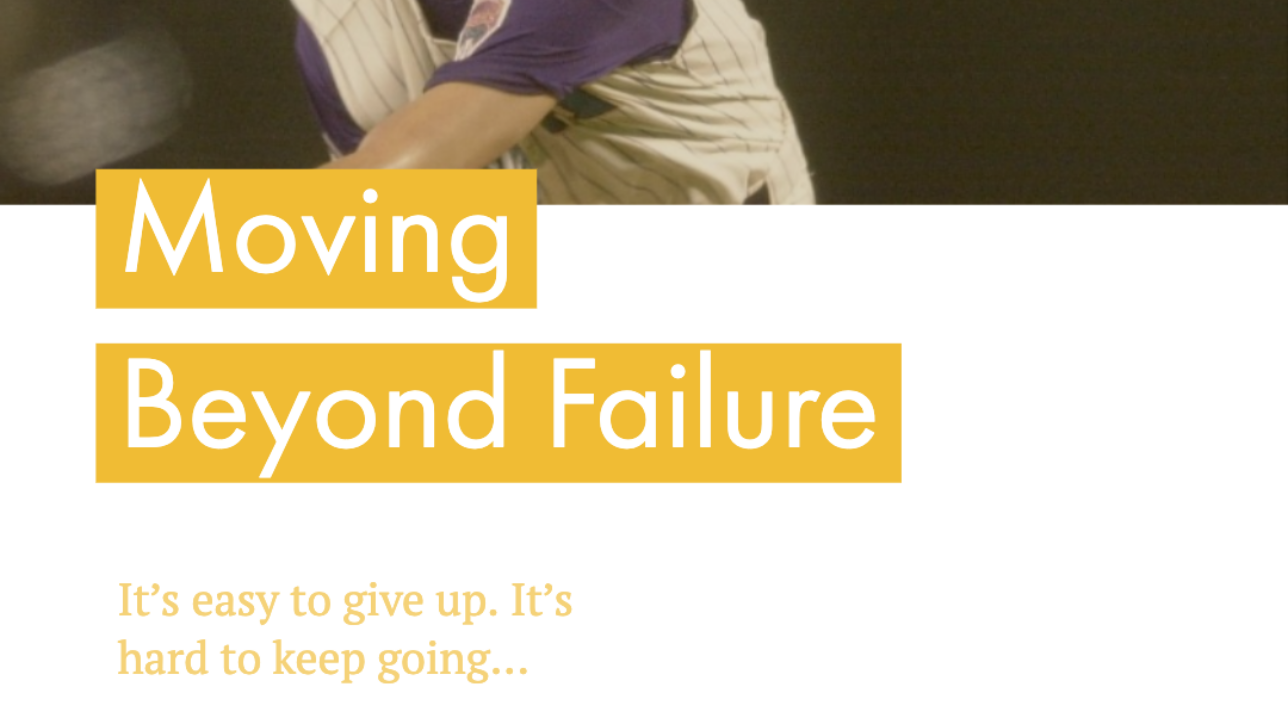 I remember where I was when Randy Johnson became the 24th pitcher in baseball history to win 300 games after struggling early in his career (having won only 64 games by his 30th birthday). That is a GI-NORMOUS achievement. People all over the world were talking about his achievement.

But, what people weren’t talking about, were the 164 games he lost.

Before Randy Johnson won his historical 300th game, he lost 164 times. He’s had to endure 164 heartaches, failures, losing attempts… however you want to look at it.

But after each loss, he kept going. He learned from what went wrong, and moved forward. It’s easy to look at this 300th win with awe and wonder. But it’s not the win that really matters… it’s the will and drive to keep going. To keep working. To keep moving forward, even in the midst of losing.

It’s easy to give up. And it’s hard to keep going.

In baseball. In life. In work.

I’m sure those 164 losses were hard for Randy Johnson. Some probably harder than others. But he didn’t give in.

I’m sure there will be seasons in each of our lives, careers, families, that will be hard. Some probably harder than others. Learn from what went wrong…